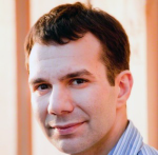 Passfire is sponsored in part by the

Trained as an aerospace engineer, writer/director Jesse Veverka was a financial analyst on Wall Street before co-founding his own media production company, Veverka Bros. Productions LLC, with his brother Jeremy.  He has worked and lived throughout Asia, including Japan, Korea, China and Indonesia. His award-winning films have been screened at dozens of film festivals worldwide and his articles have appeared in various publications including CNN Travel, Japan’s Metropolis Magazine, and China’s Global Times. He was reunited with his childhood passion for fireworks while on assignment in Liuyang, China in 2012 and Passfire was the result. He was born in Ithaca, NY.

Jeremy Veverka is a media professional with specialties in documentary filmmaking, photojournalism, cinematography, sound design, and commercial work. Jeremy has documented ship-wrecking yards in Pakistan, daily life in war-ravaged Afghanistan, the controversial street-racing scene in Tokyo, and a visual essay on the Maoist insurgency in India. With a degree in English from Cornell University and extensive travel experience throughout Asia and the Middle East, Jeremy brings his background in storytelling and international journalism to each of his projects. His personal interests include fireworks and song writing. He was born in Ithaca, NY.

Hannah Basciano is a documentary film producer and editor. An honors student, she graduated the Roy H. Park School of Communications at Ithaca College with a degree in Documentary Film Studies and Production, with minors in religion and politics. She has worked as a documentarian throughout the world. Her personal interests include fireworks, horse-back-riding, and art. She was born in Lancaster, PA.

Michael Weber is a visual artist, programmer and creative trouble maker, who constantly seeks to combine the three pursuits in interesting ways. Michael has served as the art director of the New York Press, chased the startup dragon in San Francisco, and is currently the publisher of a popular lifestyle magazine based in New Orleans. Michael has a degree in illustration and design from the Pratt Institute in Brooklyn, NY. Michael has joined team Passfire, producing its motion graphics and the variety of other design projects the film calls for. He was born in Ithaca, NY. 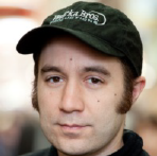 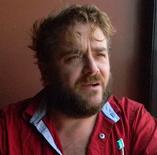 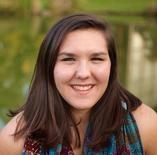